A trip through the prosperous city on the Baltic coast.

The Hanseatic City of Lübeck

Experience the most interesting city on the Baltic Sea coast 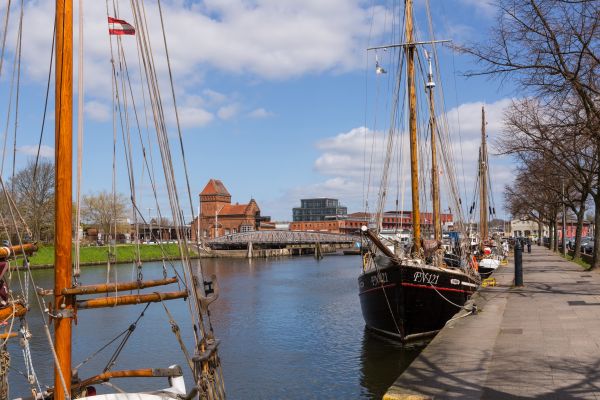 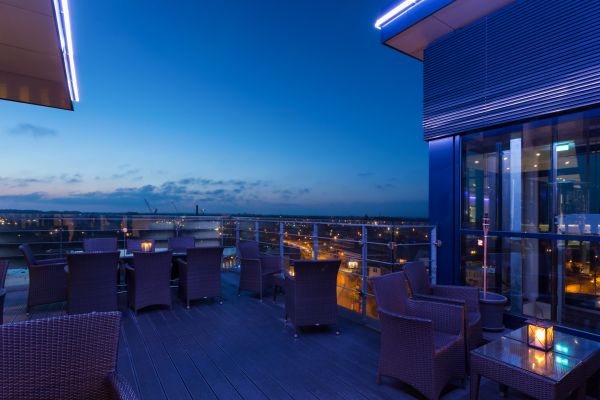 Lübeck successfully combines a rich history with a dynamic modern present. Once the largest and most important hanseatic city in the whole of the Baltic Sea region, Lübeck has lost none of its shine today. Between tall brick buildings that each have a story to tell and in carefully planned parks and narrow lanes, Lübeck has a very special atmosphere of bustling activity combined with nostalgia. Typically ‘Lübbsch’, you might say.

Discover Lübeck’s many sights, attractive squares, views and unlimited ways to spend your free time. We have put together the best tips for you.

No trip to Lübeck would be complete without discovering its most famous landmarks. Visitors will see the Holsten Gate on their way to the city centre from the railway station. It was built in the 15th century and is the best-known Late Medieval city gate in the whole of Germany.

In the days of the Deutschmark, it featured on the 50 Mark note. There is plenty of space for picnics and relaxation in the green space around the Holsten Gate. The Holstentor Museum is located in the Holsten Gate itself.

Its dungeon area is especially popular with visitors. Interestingly, the Holsten Gate is too heavy for the ground beneath it, so it has slowly sunk into the ground.

Lübeck City Hall is another of the city’s special landmarks. Not only is it one of the largest and most significant city halls in Germany, it also combines various building styles, with Late Romantic, Late Gothic, Gothic Revival and Renaissance. It features lots of style elements from various periods to interest visitors who enjoy architecture. The City Hall is worth seeing, from the inside and the outside.

Find out even more about the city of Lübeck 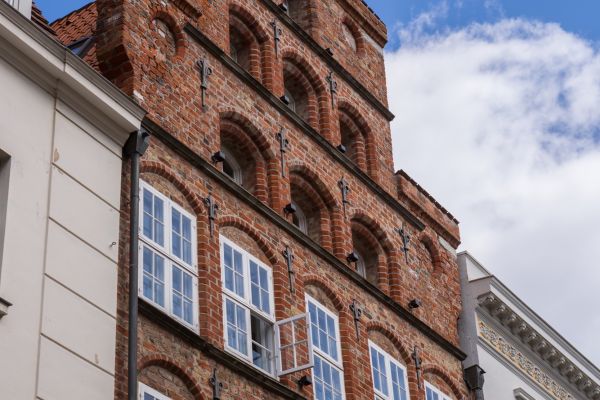 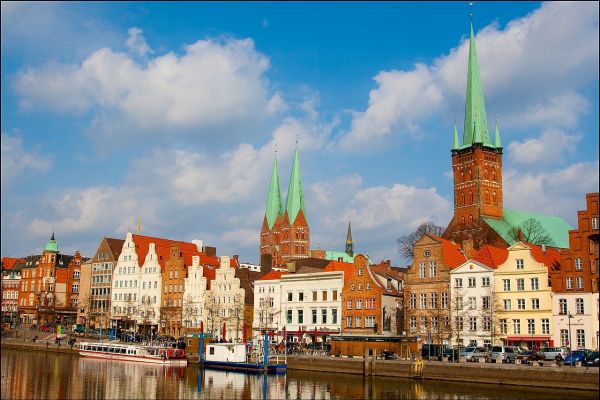 There are signs of Lübeck’s long history everywhere you look, with rows of very old, brick buildings with wonderful facades. Lübeck has beautiful inner courtyards and narrow lanes, where craftsmen used to do their work. Nowadays they are great places for enjoying an ice cream, drinking coffee or looking around the shops.

A trip to Buddenbrookhaus (Buddenbrook House) on Mengstraße is essential for every visitor to Lübeck. Wander in the footsteps of Thomas and Heinrich Mann. Discover first-hand the backdrop to the novel ‘Buddenbrooks’.

Marienkirche (St. Mary’s Church) is just opposite. Its construction is closely linked with the building of the city of Lübeck. Way back in 1160, there was a Marktkirche (market church) where the Marienkirche is today.

The church has a similar structure to a basilica. It is home to many interesting, must-see objects, such as an astronomical clock from 1955 to 1967, a memorial chapel with broken bells, the Dance of Death window and, of course, the Brick Gothic style that characterises its architecture. It is still considered to be the mother church of northern German Brick Gothic today.

The St. Annen-Museum is located in the street of the same name in the lower part of the Old Town, near the Krähenteich. This art gallery is home to a collection of altars and sculptures and hosts regular tours and various special exhibitions. A must for anyone interested in art and culture. It has been built on the remains of the St. Annen Kloster (St. Anne’s Monastery) that was destroyed in 1843.

Lübeck - fun for young and old

Lübeck and leisure are two words that go together. With its many lakes, Lübeck is a great place for swimming and even its rivers are drinking water quality. A journey by river through Lübeck is also a wonderful way to pass the time. Tour the Old Town by boat or ferry. After all, the water offers the best views of the city.

If you would rather just lie on the beach and enjoy the sun, Travemünde has some wonderful beaches. Travemünde is a district of Lübeck that is right on the Baltic Sea coast. With a spa beach and natural beach, as well as a dog beach, there is plenty of variety for everyone.

There is a lot to discover in the area around Lübeck, too, such as great nature, animal and bird parks, as well as smaller peninsulas and islands in the Baltic Sea, such as Poel or Fehmarn.

A holiday in Lübeck has so much to offer - it’s well worth a visit! 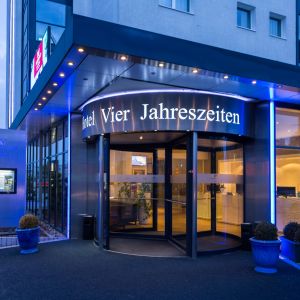 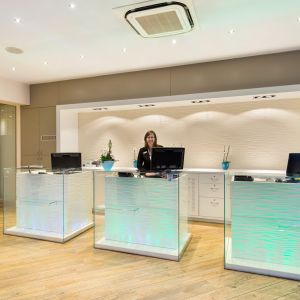 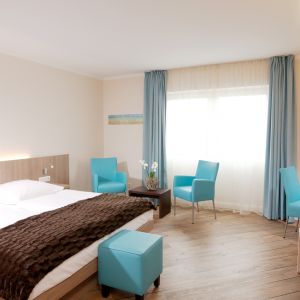 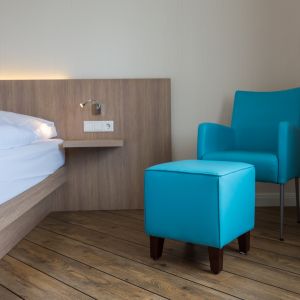 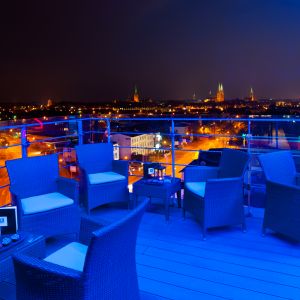 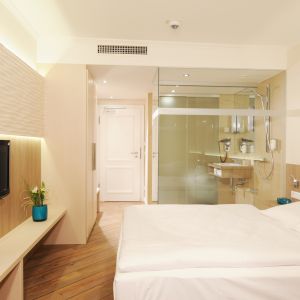 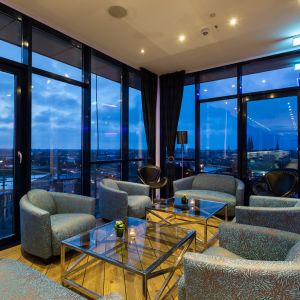 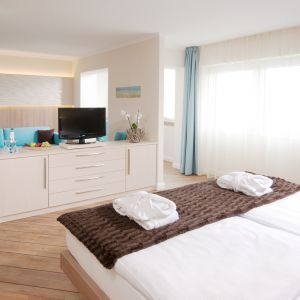 Your hotel in Lübeck

We are looking forward to your message

Book your trip to Lübeck here

Service at a glance